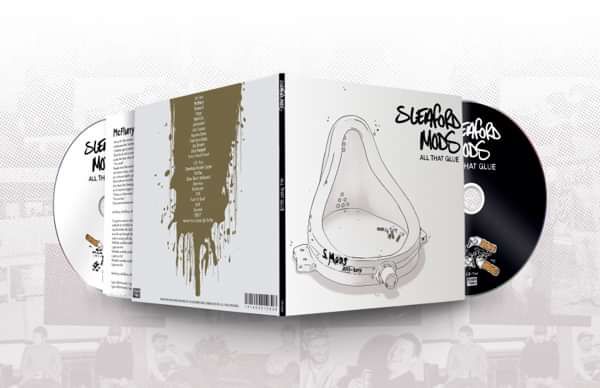 All That Glue; two discs of crowd pleasers, B sides, unheard tracks and rarities released via Rough Trade.

As if that's not enough, the first 1000 physical pre-orders will receive Sleaford Mods goodies – badges, bookmark and stickers – while stocks last.

Want more? Head over to YouTube where we've released footage from last year's sold out Hammersmith show. It's fucking great!