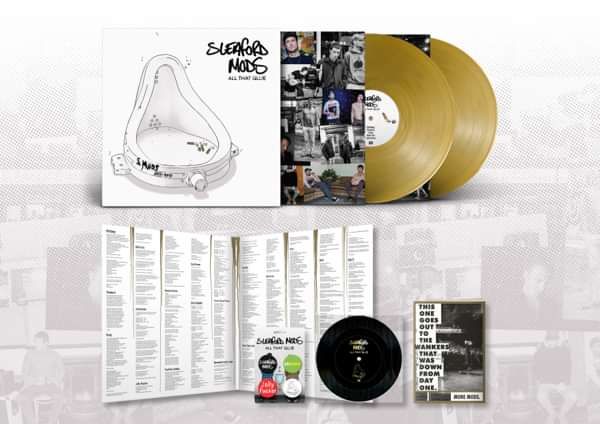 All That Glue; two discs of crowd pleasers, B sides, unheard tracks and rarities released via Rough Trade.

Limited edition double gold vinyl includes a 16-page A5 booklet (written by Jason) documenting the band's inexorable rise from the gutter, together with some kind words from the incomparable Iggy Pop, as well as an exclusive flexi disc featuring the first-ever (and until now unreleased) recording ‘All That Glue’.

One pressing. When it's gone, it's gone.

As if that's not enough, the first 1000 physical pre-orders will receive Sleaford Mods goodies – badges, bookmark and stickers – while stocks last.

Want more? Head over to YouTube where we've released footage from last year's sold out Hammersmith show. It's fucking great!